Depression and hopelessness can be present in the aftermath of a significant loss—including death of a peer by suicide. This may  give rise to thoughts of self-harm, which could lead to a suicide cluster among vulnerable youth.

Nowhere is the influence of peer behaviors on youngsters more alarming—and life-threatening—than youth suicide, and the potential for imitative deaths that can give rise to contagion.

Recent suicide pacts and clusters of completed suicides during 2009 in Wyoming counties including Natrona, Laramie and others have drawn the attention of schools, public health officials and communities alike. Wyoming citizensare asking themselves: “Why are our youths dying by their own hand? What are we missing? How can we steer clear of cluster suicides in the future?”

Surrounding a community’s youths with caring adults, connected support resources, and integrated systems for delivering these are vital, say experts, to reducing risk of a suicide contagion. 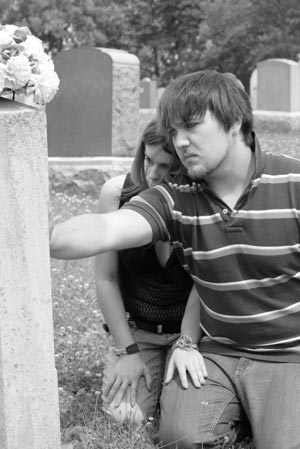 Teens need to grieve a suicide death, but caring adults must help navigate bereavement in safe ways that do not put them at risk for imitative behaviors.

Without this tightly woven safety net to sustain youths in a time of high vulnerability, communities run the risk of having one suicide death spark multiple others.

“If I was a parent (of a child who experienced the suicide death of a friend), I would want my child to get whatever treatment or counseling theycould, or get them involved in support activities,” says Teresa LaFromboise, PhD, who has created the acclaimed evidence-based “American Indian Life Skill Development Curriculum, one of just a handful of interventions addressing suicide that are currently in the National Registry of Evidence-Based Programs and Practices (NREPP). “But I would also really try to recognize they are suffering, that this is an incredible loss, and they need time, they need healing time.”