A cue from cancer 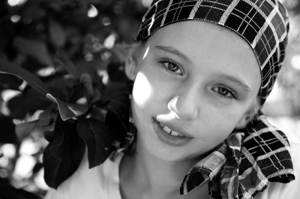 Suicide prevention is a newly burgeoning field, and there is much to learn from other established arenas in health and prevention. These include cancer, formerly laden with stigma but now openly talked about. And while suicide isn’t a “disease” as is cancer, the stigma that impeded progress in cancer research and treatment is today the same sort of detriment to progress in suicide prevention.

“We can take lessons from cancer. If you turn the clock back, it was just not talked about,” said Charles G. Curie, administrator of SAMHSA, the Substance Abuse and Mental Health Services Administration. “We didn’t understand cancer; we were afraid to deal with it. It was one of people’s greatest fears,” continued Curie in an address to prevention advocates who gathered from across the country at this annual event. “Today people know more regarding what works, that cancer is not a death sentence—that there’s hope.”

Curie went on to talk about courageous people who step forward to acknowledge a suicide attempt, yet move on to gain help and hope. These include gifted people such as actress Margot Kidder, psychiatrist Ken Tullis, author Susan Rose Blauner, artist Deenie Kenner McKay and researcher DeQuincy Lezine.

These and others who had attempted to end their lives spoke at a landmark conference last October in Memphis. Sponsored with support from SAMHSA, the gathering was the first national conference for survivors of suicide attempts—and the people who care for them and about them.