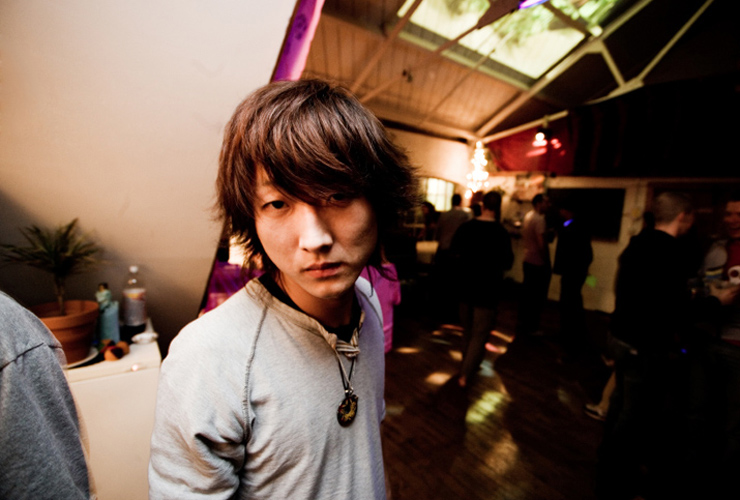 LGBT adolescents “must cope with developing a sexual minority identity in the midst of negative comments, jokes, and often the threat of violence because of their sexual orientation and/or transgender identity.” (Morrow, 2004) 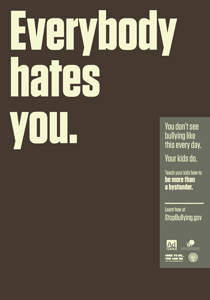 This poster is part of a national anti-bullying campaign, “Be More than a Bystander,” launched in Oct. 2012. Learn more at stopbullying.gov

It’s not a safe way to pass through adolescence into adulthood. Yet for lesbian, gay, bisexual or transgender youth, victimization and taunting from peers and others are all too common. Consider these sobering research findings:

An estimated 90 percent of LGBT teens (versus 65 percent of teens overall) reported being verbally or physically harassed or assaulted based on sexual orientation (Harris Interactive and GLSEN, 2005).

Suicidal behavior in LGB adolescents has been linked to bullying at school in 19 research studies, especially among youths with “cross-gender appearance, traits or behaviors.” (Haas et al., 2011) The takeaway? Special attention should be given to needs of LGBT youth who do not conform to gender expectations.

“Although no independent data on this specific to Wyoming is available, anecdotal evidence suggests that bullying of this population is rampant across the state,” says R. Keith Hotle, JD, MPA with the Wyoming Dept. of Health.

The call to action? “State Departments of Health and Education should collaborate to provide a series of LGBT workshops on cultural competencies and suicide prevention for school staff and youth services providers,” Hotle notes.

Moreover, schools should use a comprehensive approach in best addressing both suicide and bullying—one focusing on youths (e.g., mental health services for those with depression) and their environment (especially school and family).