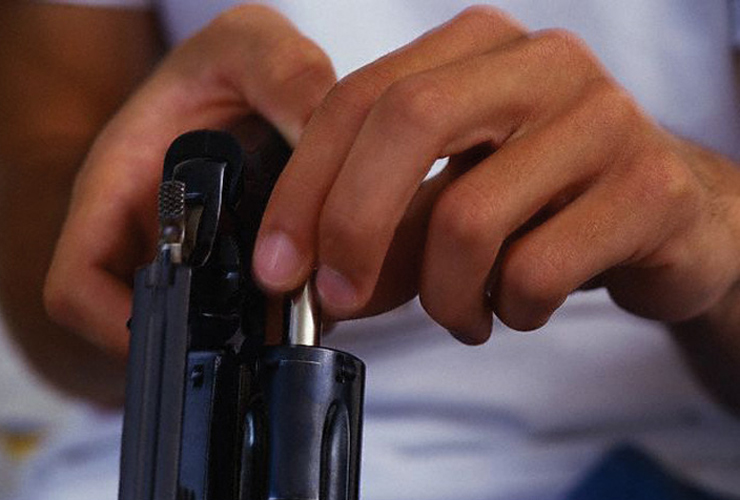 Where there are more guns, there are more suicides, the National Research Council (NRC) concluded in a report on firearm policy released last winter.

Areas with higher household gun ownership rates have higher suicide rates, even when controlling for things also associated with suicide, like divorce rates and unemployment.

In 2002, 31,655 Americans took their lives, 17,108 of them with firearms. Gun prevalence is not the only predictor of suicide rates. Cultural factors also play a key role.

China, for example, has fewer guns and higher suicide rates than the U.S. But within the United States, the link, the National Research Council concluded, is clear. What is less clear is why that link exists.

Gun ownership and suicide are both high in rural areas. Is it “rural-ness,” not guns, that accounts for the high suicide rates? Perhaps people are more depressed in rural areas and more likely to attempt suicide or to die from their actions.

Drs. Matthew Miller, Deb Azrael, and David Hemenway of the Harvard School of Public Health explored these hypotheses and found no evidence for each. Using data from population surveys, hospital discharges and death certificates, they found rural dwellers were about as likely as urban dwellers to report depressive symptoms or suicidal thoughts. And they were about as likely to attempt suicide.

But why should that affect the overall suicide rate? After all, if you really want to die, a rope or an overdose will do the job. But here’s the key question: Do all suicide victims really want to die? Do all have a long-term, sustained desire that, if thwarted today, will persist until they find the weapon that works tomorrow?

We can’t ask suicide victims. But we can ask victims who nearly died from their attempts.

The Centers for Disease Control and Prevention conducted a study among just such people, ages 15 – 34, and asked how much time elapsed between the time they decided to commit suicide and the time they took action. For nearly a quarter, the answer was less than five minutes.

Other studies have followed victims of nearly lethal attempts and found that ten to 20 years later, 90 percent or more had not gone on to commit suicide.

This, then, is one of the most important lessons in the newly burgeoning field of suicide prevention. Not all suicide victims have a sustained desire to die. For some, their impulse is short-lived, and what weapon they reach for during that impulse determines whether they live or die. If the weapon is immediately available, immediately lethal and irreversible, the result will be death.

Imagine a 16-year-old boy who storms out of the living room after a furious argument with his mother over the failing report card he brought home that day. If he reaches into the hall closet, takes out a loaded rifle, and pulls the trigger, a young life is tragically lost. But if there is no gun, in the ten minutes it takes him to find a rope and rig up a noose, his rage may have passed. Or in the 15 minutes it takes him to burst enough pills from their blister packs and start feeling their effect, he might change his mind. Or in the 20 minutes it takes for the garage to fill with car exhaust, a family member might find him and call 911.

If guns disappeared from the nation’s homes or were always stored locked and inaccessible to more vulnerable household members, would our suicide problem disappear? No. But research suggests that the numbers would go down and many of the lives saved would be those whose impulses were most fleeting.

For some, the best form of suicide prevention can be as simple as putting time or distance between the impulse to die and the weapon at hand.

ABOUT THE AUTHOR: Catherine Barber is codirector of the National Violent Injury Statistics System at the Harvard Injury Control Research Center within the Harvard School of Public Health. She can be reached at cbarber@hsph.harvard.edu.

View all articles by Cathy Barber