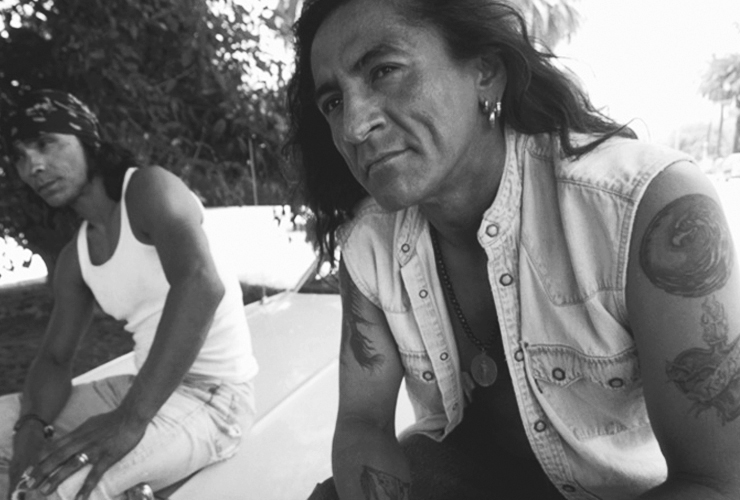 Disproportionately high rates of poverty, unemployment, substance abuse and suicide have plagued Native Americans for decades. On some reservations unemployment is as high as 75 percent, and average life expectancy of men is under 57 years. American Indians, which number 4.1 million, have highest rates of suicide among all ethnic groups in the U.S., with youth at greatest risk.

A breakdown of the Native American family is growing worse, say experts, fueled in part by a high prevalence of depression, anxiety, substance abuse, violence and suicide on isolated rural reservations nationwide.

“We have a bona fide, full-scale crisis on many reservations, particularly with young children, but also the elderly and others who are not getting the care they need because we do not have a system that works, and it is not funded properly,” said U.S. Senator Byron L. Dorgan (R-ND) at an April 13, 2005 oversight hearing on the status of Indian health care before the U.S. Senate Committee on Indian Affairs.

The recent and tragic spate of suicides on the Standing Rock Reservation in North Dakota stands as a testament to this crisis that experts say has been building for decades and is made worse by inadequate mental health and other services for tribal populations. The tragedy at Standing Rock unfolded in December 2004 and January 2005 when five young people – three teenagers and two 25-year-olds – took their lives. Moreover, 30 other young people on the reservation threatened or attempted suicide during that same brief time span.

Twila (Summers) Rough Surface has felt firsthand the aftermath of tragic and premature deaths at Standing Rock. Her sister’s son died in a car accident on January 7. A friend who was to be a pallbearer at his funeral took his own life on the day of her nephew’s burial. Less than a month later, Rough Surface’s niece, a sister of the accident victim, took her life on February 2. Best friend of the young car accident victim, despondent over his death, killed himself on April 7.

How does Rough Surface help her sister cope with the loss of two children in less than a month’s time?

Still reeling from the Standing Rock epidemic, Native Americans were again assailed in March when troubled teen Jeffrey Weise, 16, went on a shooting rampage on the impoverished Red Lake reservation in northern Minnesota. Weise, who killed nine people before taking his own life, was, like many of his Native American peers, the victim of a broken home. Weise’s father had died by suicide, and with his mother in a nursing home, the youngster was staying with his grandmother on the reservation.

Standing Rock and Red Lake aren’t the only recent suicide tragedies in Indian Country. The impoverished Cheyenne River Reservation in North Central South Dakota, home to 6249 American Indians – 45 percent under age 18 – lost a staggering 17 teens to suicide from 2002 – 2003 with an average of five attempts per week. Among those who died were a group of young men who made a suicide pact with one another. They drew numbers and died by self-inflicted hanging when their number “came up.” And in spring 2004 a rash of four suicides occurred at the tribal school on the Crow Creek Sioux Reservation in South Dakota.

“There’s an epidemic in Indian Country. This is a problem that needs attention,” says Lynn Cutler, a senior advisor on policy in the area of public law and Indian issues. Ms. Cutler, now employed by a Chicago law firm, served in the Clinton White House as deputy assistant to the President for Intergovernmental Affairs and was senior advisor to the White House Chief of Staff on Indian Country issues.

She recalls President Clinton’s address in July 1999 to the community at Pine Ridge Indian Reservation in South Dakota where he cited the 75 percent unemployment rate as “appalling.”

Equally appalling, adds Cutler, is the average life expectancy of men at Pine Ridge – just 56.5 years. This is the lowest of anywhere in the United States, according to a December 1997 study by the Harvard School of Public Health. This places it on par with life expectancy for Sub-Saharan Africa and lower than any nation in the Western Hemisphere except for Haiti.

“We have to acknowledge the problem and apply some pressure to deal with it,” says Cutler of the abysmal life expectancy, unemployment and suicide rates among Native Americans. “It’s America’s dirty little secret.”

This year’s tragedies at Standing Rock and Red Lake seized attention of federal officials, who convened in Washington this spring to address the tragic impact of suicide and violence in Indian Country. Those meetings included three hearings ­– April 13, May 2 and June 15 – before the U.S. Senate Committee on Indian Affairs Some excerpts from June 15: 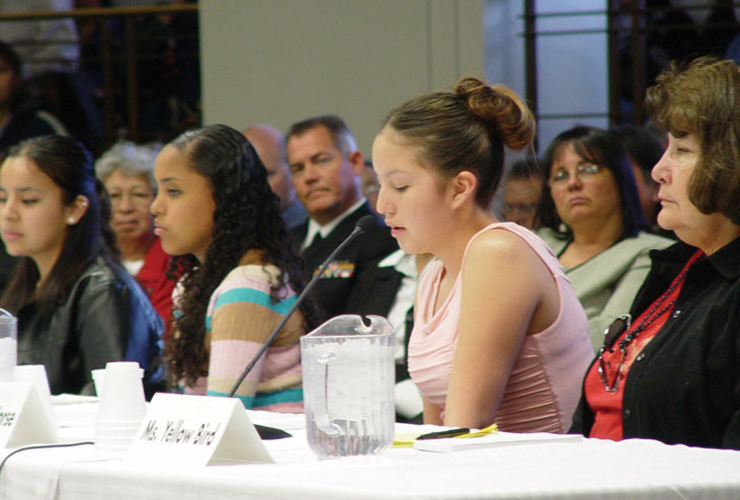 Michelle Fast Horse, a senior at Standing Rock Community School, testifies before a May 2, 2005 hearing of the U.S. Senate Committee on Indian Affairs. She, like, many others on her reservation, have lost friends to suicide. Convened by Sen. Byron Dorgan, the hearing is the first ever held to address teen suicide. Photo courtesy of United States Senate

“Quite honestly, I would rather not be here today … but the reality of the situation is that we need help. Our children need your help.”

– Julie Garreau, director of the Cheyenne River Youth Project, who claims the effort has been a success only because the tribe took matters into its own hands

“It’s a four-month waiting list. Two people are not enough.”

– Dr. R. Dale Walker, a member of the Cherokee Nation and director of the One Sky Center at Oregon Health and Sciences University, in reference to scant mental health services available on some Indian reservations

“I don’t know how you can draw any other conclusion other than it has something to do with the history of Native Americans and their exploitation and placement in American society, which leads to greater despair.“