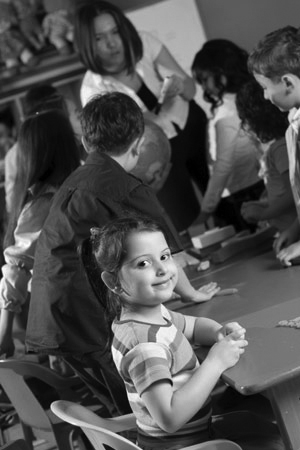 By the time youth reach teen years, risk behaviors may be ingrained in ways that could lead to suicidal thoughts and acts. But by intervening earlier, as early as first grade, a child’s developmental trajectory may well be altered to improve his or her life outcomes, including reduction in suicidality.

By the time youths, especially males, reach their mid-teens, their risk of dying by suicide rises more than 600 percent*.

If only there was a way to “behaviorally vaccinate” children at an early age, one grounded in an evidence base, that could encourage them to avoid negative behaviors that, at their worst, could, in time, lead to suicidal thoughts and gestures. There just may be.

Starting in first grade is not only viable, but supported in recent research: papers published in 2008 in Drug and Alcohol Dependence and the American Journal of Public Health showed the value of the Good Behavior Game (GBG), a first-grade universal prevention intervention.

The Institute of Medicine also called out the Good Behavior Game, now in the National Registry of Evidence-Based Programs and Practices (NREPP), as a simple universal program to reinforce appropriate social and classroom behavior in elementary school. It’s theory? That reducing early aggressive behavior will change the developmental trajectory leading to multiple problems in later life.

“Ours may likely be the only randomized controlled study of a universal preventive intervention to follow participants from the entrance to elementary school to early adulthood and to report beneficial effects on suicidal ideation and attempts,” says Nick Ialongo, PhD, GBG research co-investigator and professor at the Johns Hopkins Bloomberg School of Public Health. “Significance of these findings is especially noteworthy for prevention of suicide in our nation.