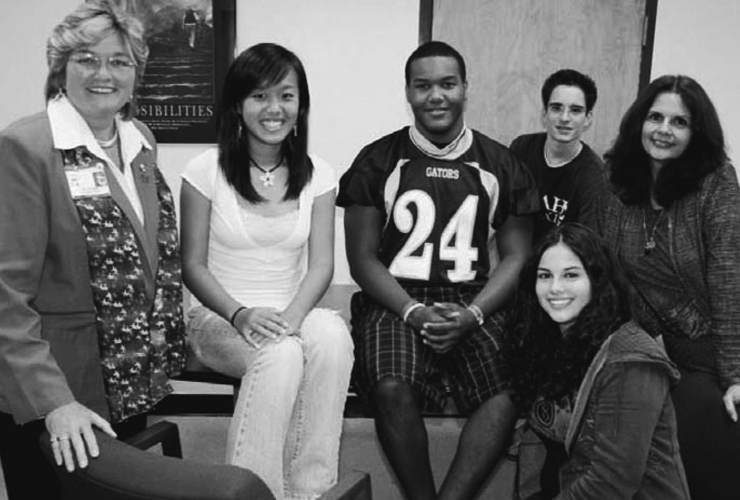 WHAT: Forged unique community alliance to advance emotional well-being of staff and student

Her district is the size of a small city, with 66,600 students and 10,000 staff. Yet Heather Fiorentino, Superintendent of Pasco County Schools, sees the district as an integral part of a larger whole. “We are one very large community, and I truly believe the school system is the hub,” says Fiorentino. “That’s our job. If we touch someone (with education or services), then we touch everyone.” So when three staff members and students died by suicide over a two-year period and others attempted, Fiorentino felt compelled to act. “If people feel so desperate and alone, we have to do something,” Fiorentino stresses. Her response? To catalyze a community-based partnership between the school district and multiple health and social service agencies. The result is a robust, well-integrated program to safeguard students and staff from suicidal thoughts and self harm. Its three-pronged approach emphasizes awareness, training and crisis prevention/intervention/postvention. Fiorentino is reticent to accept credit for initiating this noteworthy community prevention partnership. But her staff members are not shy about attributing much of its success to Fiorentino’ s tenacious yet sensitized and collaborative approach to coalition building.

“It took great courage to not hide things under the table. Heather put it out there,” says Lizette Alexander, Pasco Director of Student Services. “That’ s what a good leader does—they try to anticipate what’s around the bend. And for us, suicide and factors that can lead to it are always on our radar screen. They have to be—it’s a matter of more than academics and wellness. It’s about the very lifeblood of our schools, our youth and the true future of our community.”