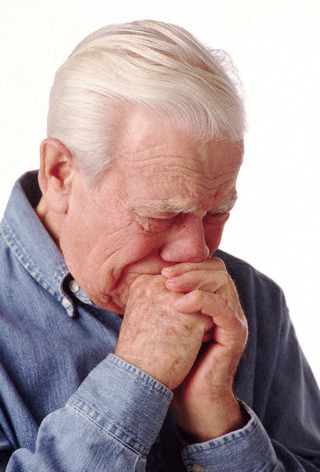 All risk factors for suicide—and in all genders and age groups. These factors often appear during a time of intense change in a person’s life—divorce, retirement, death of a loved one, financial setback, diagnosis of an illness or perceived poor health. And if they were contemplating suicide or had attempted in the past, their risk of making a lethal attempt in the face of these life changes is increased.

“As someone’s role changes in a profound way, their mood can change,” notes Yeates Conwell, MD. Dr. Conwell is Professor and Vice Chair, Director of the Geriatric Psychiatry Division of the Department of Psychiatry, and Director of the University of Rochester Medical Center’s Office for Aging Research and Health Services. “People have characteristics that are lifelong, strengths and weaknesses that they bring to the challenges of life. In the face of stressors, those with greater vulnerability—social, character, emotional—are at greater risk for becoming demoralized, hopeless, depressed. And some of these will develop suicidal states.”

When this suicidal crisis surfaces, it’s often too late to halt, particularly in the aged. That’s because the elderly can be more frail and therefore more likely to die if they attempt suicide. Also, they are often living alone and isolated from support services.

“We need to move people back from the edge when suicide seems their only option, and intervene earlier,” adds Conwell, who calls on society and its social services to make early prevention methods available to those in need—particularly males and the elderly given their susceptibility to suicide. Tertiary prevention methods—those following self-injury—may be “too little, too late” for those at high risk of completing suicide, particularly men and the aged.