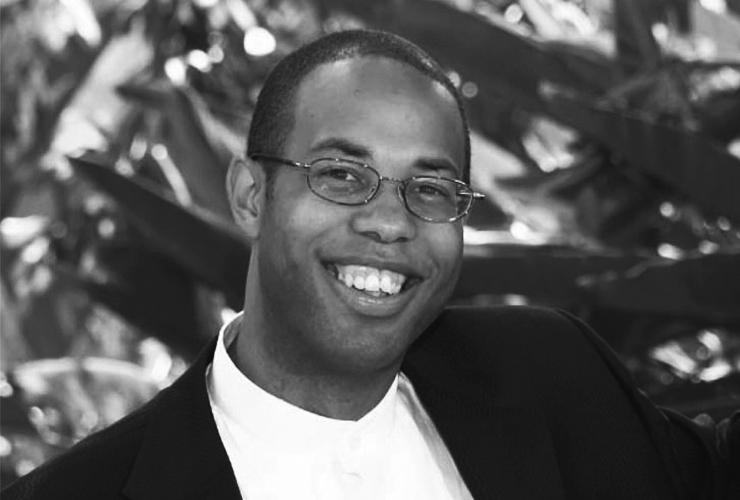 Perhaps no one is better-suited to help suicidal individuals than someone who has experienced the dreadful depths of suicidal despair. DeQuincy Lezine is one of those people. Raised in a family of four in Los Angeles, Lezine witnessed firsthand family members grappling with alcoholism, drug abuse, depression, mania, psychoses and suicide attempts. Overcoming tremendous odds, Lezine entered Brown University in 1995. There he attempted suicide three times before being diagnosed with bipolar disorder, or manic depression. His illness and personal experience, coupled with his insight and empathy, spurred Lezine to organize the nation’s first college-based chapter of SPAN USA, the Suicide Prevention Action Network. He went on to achieve national prominence in suicide prevention and has recently began his own consulting business, Prevention Communities, LLC.

Advocacy is a big part of your work in suicide prevention. When did you first take this up?

In college I saw people expelled from a dorm or forced to take a medical leave. Other students were frightened by these people’s symptoms. The ACLU got involved; someone died by suicide. And the media picked up on it. All that together made me feel that more needed to be done than psychological services or what the administration was offering.

You spoke about fear. What did other students observe that made them fearful of someone with mental illness?

Self-cutting. Increased activity associated with mania, physical activity, a lot more social activity. People being more extroverted, more artistic. People sitting in the halls or in shared common areas, doing stuff throughout the night. Why would that be frightening to others? They didn’t know what to make of it. If you are delusional, paranoid, you might think people are watching you, out to get you. Or something’s happening to your body.

This fear is born in ignorance, wouldn’t you say?

Yes. Some people understood what was going on because they had some psych classes. But, in orientation, we weren’t told that some of our dorm mates might have depression, anxiety. So they had never seen it. What do you think has to happen to help this situation, this lack of understanding that colleges—both students and staff—have about mental illness? There has to be something about psychological services during orientation. College counseling centers typically focus on first, the stress of classes. Second, finding new peer networks. Third, study skills. But no explanation of mental illness, or if you experience mood disorders, that help is available and that you can recover from it. Nothing to share with your peers either.

Counselors are more familiar with these other things. It’s a fairly recent trend that more people with mental illness are popping up on their radar screens. Perhaps it’s medications, treatments that enable those with mental illness to go to college. Or better screening so they’re aware of their disorder and are seeking help. They’re coming in because they’re depressed and suicidal. Today more and more colleges are paying attention to it, particularly after a student dies by suicide. They’re being proactive.

How do you manage these days with your illness?

It varies a lot. At certain times I’m doing well, so well that I question whether I have a disorder at all. I question whether I need meds. I’ve gone off, gone back on. I’ve not seen the doctor as often as I should. Do you avoid going to the doctor when you’re in a depressive episode; are you immobilized to some extent by that and don’t seek help then? No. I definitely go to the doctor when I’m depressed. Too depressed or too “up.” That’s when I know it’s real; there’s definitely something here I’m struggling with. I can be doing well on meds, in therapy. But it breaks through. Maybe it’s the time of year, or chemically-based or too much stress, and I feel it a lot.

How do you get through these times?

I almost always can say I’ve seen worse days. Is it trite to say to someone who may be suicidal that things can turn on a dime? No. Things can change very quickly. When I lost my best friend—she was murdered—she was one of the people at Brown who helped me get through bouts of depression and feeling suicidal. What did she do to help you? She was just there for me. She listened to me, didn’t judge me. She always believed I’d get through. That I deserved to get through, deserved to be happy. She was someone to hold the belief that my life was worth living.

Do you feel that’s what kept you here, kept you from suicide?

Definitely. She was more instrumental than the therapy and the meds. What can people do to help someone who may be suicidal? The most important thing is just caring. It’s the inclination most people would have if someone was physically ill and felt like they were dying. They’d be compassionate, caring, listen to them, help them out.

Does killing yourself take courage?

I’m not sure that’s the right word. Is it scary? Yes. It definitely takes more willpower. It’s incredibly scary to think about ending your life. A battle occurs in the mind. Is it the right thing to do? The right time? Then how to do it? When people get past that, they may practice or go over it in their mind until it feels more comfortable. Some people decide it’s easier if they drink (alcohol) to facilitate it.

The very first couple of times it’s more frightening. But at some point it becomes more comforting to think of death as a way out of the pain, confusion, chaos, whatever is so unbearable. Somewhere, on some level, it’s a stress reliever—dying and not having to deal with everything. The pain and agony of whatever the situation is—the only time there’s relief is the thought of being dead. Is suicidal thinking addictive? You hold it in a special relationship: This is where I can go to get some relief from the pain. Not that the majority of people would want to use death as a first way out. Some people think of death as the only way out. But if we can help them decrease the painful circumstances and increase their personal problem solving to find solutions to what is currently troubling them, it can give them hope to try that.

Would you choose to be bipolar if you could?

I have a lot of ambivalence about that question. There are definite benefits to having it, benefits to self and to other people. I learn from my experience and use it in my work to help others. When I look at the benefits and think what would I be doing if I didn’t have it, it’s hard to say. I think overall I’d stay with it. But that’s partially based on my philosophy to learn as much as I possibly can from life’s experiences, and learn to make life better in the future and try to help other people.

DeQuincy Lezine, PhD, is the founder of Prevention Communities, LLC in Oklahoma City, Oklahoma. Before moving to Oklahoma, he was a National Institute of Mental Health (NIMH) National Research Service Award (NRSA) Post-doctoral Fellow conducting research on public health and population based approaches to suicide prevention while at the University of Rochester School of Medicine and Dentistry. He received his PhD in Clinical Psychology from the University of California, Los Angeles in 2005 after completing a clinical internship at Metropolitan State Hospital in Norwalk, California. Dr. Lezine has been engaged in suicide prevention in varying capacities for more than 10 years (1996-2009), including roles in community (Brown University), state (California and Rhode Island), and national (National Strategy for Suicide Prevention) strategy development. He is author of the book Eight Stories Up: An Adolescent Chooses Hope Over Suicide, published by Oxford University Press, and a public speaker on suicide prevention. He is also the co-chair of the National Suicide Prevention Lifeline Consumer Survivor Subcommittee.