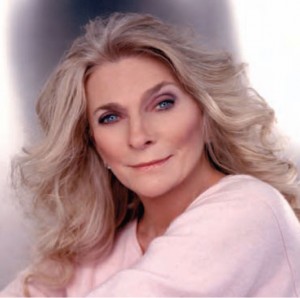 In 1967 Judy Collins was a 26-year-old folk singer who, like others of her generation, was drawn to social activism. Today the Grammy Award-winning artist is also a strong advocate for suicide prevention following the death of her only son Clark Taylor in 1992.

Dispersing stigma American folk singer Judy Collins is dispelling the stigma of suicide through song, speaking engagements and inscribing the story of her only son’s self-inflicted death.

Her 2003 book Sanity and Grace: A Journey of Suicide, Survival and Strength shines a spotlight on her son Clark Taylor’s death in January 1992 at age 33. A recovering alcoholic, Clark left behind a wife and young son of his own.

“His death has been a catalyst,” Collins said recently at a March 2005 youth suicide prevention conference in North Carolina. “It has been about breaking open the secrets that have been in this family.”

In recent years Collins, whose first album A Maid of Constant Sorrow was released in 1961, has been a tireless crusader for survivors of suicide loss. Collins is also open about her own battles with depression and addiction and a suicide attempt at age 14.

Referring to Sanity and Grace as her “most important and authentic work,” Collins recalls how in the days following her son’s death, she contemplated halting her work and cancelling stage performances. Today she not only continues to perform but to speak openly about her journey to finding hope, clarity and renewed purpose after losing her son.