“Was this a cry for help, or did you want to die?”

The CBS 60 Minutes’ correspondent was interviewing a young woman with bipolar disorder who had attempted suicide multiple times, in a segment that originally aired in December 2014 and was rebroadcast on August 2, 2015. Perhaps you caught it: “DENIED: When insurance companies deny the mentally ill the treatment their doctors prescribe, seriously ill people are often discharged, and can be a danger to themselves or others”

Congratulations to 60 Minutes for covering a story that demands national attention. But Mr. Pelley’s choice of words was less than optimal, yet reflective of common and long-lingering misperceptions about suicide, the people who engage in suicidal behaviors, and the reasons they do so.

“I don’t like the phrasing of this ‘cry for help.’ It’s unfortunate and tends to be dismissive of of suicidality,” says Dr. Thomas Joiner, a leading expert on suicide and author of books including Why People Die by Suicide and Myths About Suicide. “The implication is that all or most suicide attempts are not serious. This simply isn’t true.”

But the second half of Mr. Pelley’s question—did you want to die—is valid because it speaks to intent, continues Dr. Joiner. Yet the interviewer’s choice of words still leaves something to be desired.

“Most people who attempt suicide have an above-zero desire to live,” continues Dr. Joiner.

It’s not so much about “wanting to die” as it is seeing no other way out of emotional pain that has become intolerable. Still, the question regarding intent is a legitimate one, Dr. Joiner adds, because it poses “how much you intend to have this potentially lethal act actually result in your death.”

“Some attempters carry out something that can be quite medically damaging, such as carbon monoxide poisoning, yet have low intent,” he notes.

The takeaway for all of us? When someone hints at or talks openly about suicide, take them seriously. Don’t minimize their experience—and their pain—by asking questions that are pejorative in nature. Watch how you say things, the words you use.

How might Mr. Pelley have worded his question in a more empathic way?

“Did you fully intend to die, or were you open to remaining alive for a time?”

Dr. Thomas Joiner’s books include Why People Die by Suicide (2007) and Myths About Suicide (2010), both from The Harvard University Press.

What insights and experiences do you have about the semantics of suicide? This blog is a forum for discussion, and your stories, comments and questions are valued and treated with respect by Empathos. We prefer if you post your thoughts and questions to @empathos_tweets. 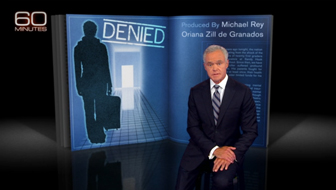 NPR: Joiner on myths about suicide 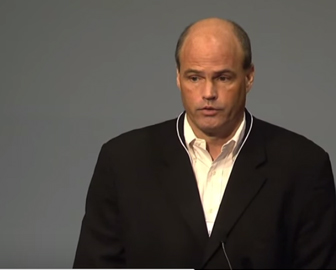 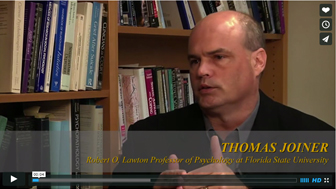