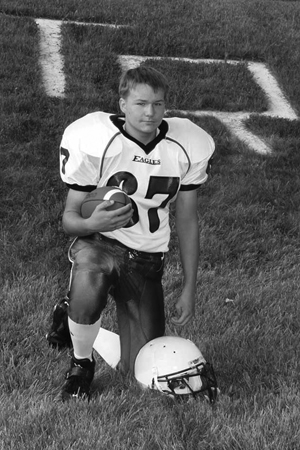 Tongue River Tackle Kameron Reichert was just 17 when he died by suicide in 2008. Kameron’s death reflects vulnerabilities that teens —especially mid- to late-teenage males—can have which may place them at risk for suicide. Coaches spend much time with student athletes, and often work with youths through multiple seasons of play. That places coaches in a unique position to observe, interact with and help athletes struggling with emotional issues.

He was a tackle for the Tongue River High School varsity football team—a high school athlete who loved football and had played for seven seasons, since he was in Little Guy Football in 5th grade.

But his contributions on the field and off were cut short when Kameron Reichert took his life on December 10, 2008. He was just 17 years old and a high school junior in Dayton, Wyoming, looking forward to a career as a construction welder.

The sudden and tragic death of Kameron reflects vulnerabilities that student athletes may have—vulnerabilities that may place them at risk for suicidal thoughts and acts. Athletes can use their sport as an outlet for emotional expression, according to a 2004 report from the National Collegiate Athletic Association. 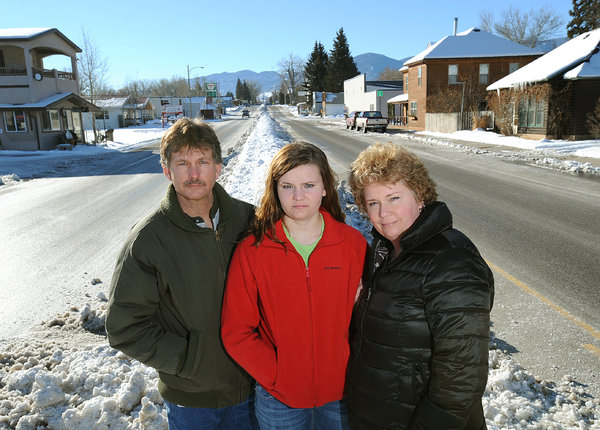 When an injury, declining academic performance or other factor removes that outlet, the report notes, an athlete may develop anxiety and disappointment. Left alone to manage these emotions, an athlete may become irritable, passive, socially isolated or even suicidal.

“Athletes may form an identity based on participation in sports, and disruptions to this lifestyle can result in emotional distress that may require treatment,” says Sports Psychologist Samantha O’Connell, PhD, co-author on the July 2012 paper, Playing though the pain: Psychiatric risks among athletes.

“Prompt, competent treatment is vital because untreated disorders may, in time, lead to risk for suicide, particularly among late-adolescent and young-adult males.”

“This is a call to action for coaches, athletic trainers and others who work with student athletes,” says Christopher Carr, PhD, HSPP. Dr. Carr is a Sport and Performance Psychologist at St. Vincent Sports Performance in Indianapolis; he delivered a session to the Wyoming Coaches Association at its 2012 Summer Clinic. “Athletes’ mental health isn’t secondary to physical health—it’s just as vital for performance and overall well-being. Coaches are in an ideal spot to identify student athletes who are struggling, because they spend a lot of quality time with them, and have influence that can increase the likelihood that athletes at risk will seek treatment.”