Losing his only son

Sublette County Sheriff Wayne “Bardy” Bardin never thought his only son would die before him—much less by suicide. But Garrett, born in 1984, took his life in 2008, after struggling with what may have been anxiety disorder. Because he was an adult when he passed, Garrett did not benefit from his parents’ involvement in managing medication he was prescribed by his doctor. Had Bardy and Garrett’s mom, Carole Richie, been aware of the suicidal thoughts he was having, they might have been able to help Garrett. Instead, Bardy and Carole grieve the loss of their son to what might well have been a preventable death.

The way I grew up was fast and furious. You live hard and die young. It’s ingrained in us from early on.

But now, at age 55, I’m thinking how am I going to live when my only son died by suicide?

Since Garrett passed in 2008, I’ve talked to several people on this subject: when you raise kids that both are zero trouble, you tend to take for granted that everything is okay in their lives. That you’ve provided what they need to be successful in life.

But I’d like to put this across to parents—their kids’ raising can’t be taken for granted. You might have to dig deeper. Parents need to sit down at suppertime with their kids and talk. Maybe you establish contact with their friends, and poll those individuals once in awhile to find out what is going on with your kids. 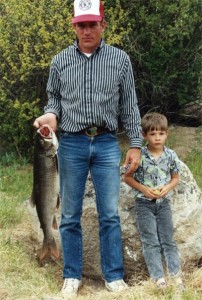 But Garrett’s friends say they would never have talked to me or my wife.

I’ve been around suicide since I’ve been in this business, since 1992. But the issue of my boy committing suicide? It just wasn’t there.

I was the last to see Garrett alive. He was distraught, but we talked, and when we parted at 12:30 a.m. on June 21st, 2008, I told him I loved him and he said, “I love you, Dad.” He never told me what was really in his mind. Maybe that was his way of saying everything is going to be alright.

Three days later, we reported Garrett missing in the Bridger Wilderness Area. I’ve been on all kinds of searches for people over the years, so I stayed clear of the official search for my son because sometimes family can interfere. They were telling me that Garrett would come out when he was ready, to leave him alone. But finally I had to do something. 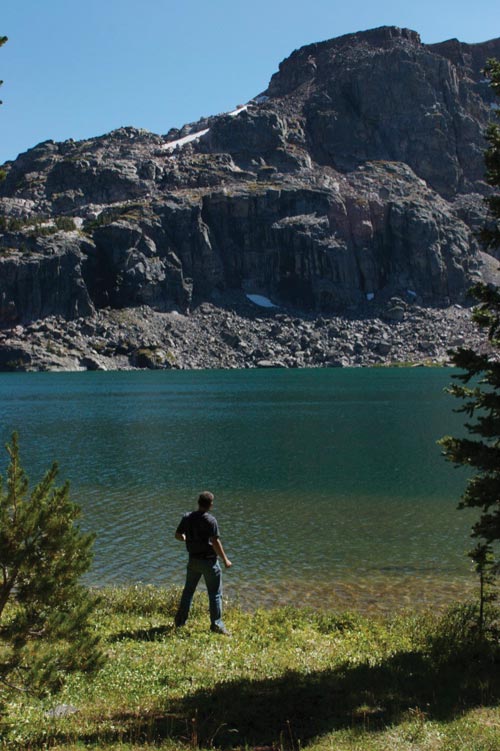 I went in on an early morning, up the trailhead, zigzagging 8 or 9 miles. I spent two nights in there, and after that I knew he wasn’t alive. It was a premonition. And I was right.

On July 3, Garrett was discovered near the Big Sandy River.

To this day, I believe we were two of the best parents anyone ever had. But what I can’t get away from is the shame and the guilt that shows up afterward, and gets so strong.

I grew up on a ranch, in agriculture. And I learned early on that cowboys are tough. My son didn’t have an actual diagnosis of anxiety disorder or depression, but he still might have had these illnesses that can be life-threatening.

Maybe the “Cowboy Up” attitude hasn’t served either of us well. Maybe that tough exterior, the sense that we can—and should—handle anything by ourselves, can be deadly.

The biggest deterrents to risky behaviors start at home. I wish I knew more about what Garrett was going through. Many suicides are preventable.

Let’s work together as Wyoming citizens to make sure that our state is safer from suicide, and our sons and daughters are safe from themselves. 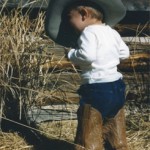 GRABBING THE REINS to stay upright

View all articles by Bardy Bardin