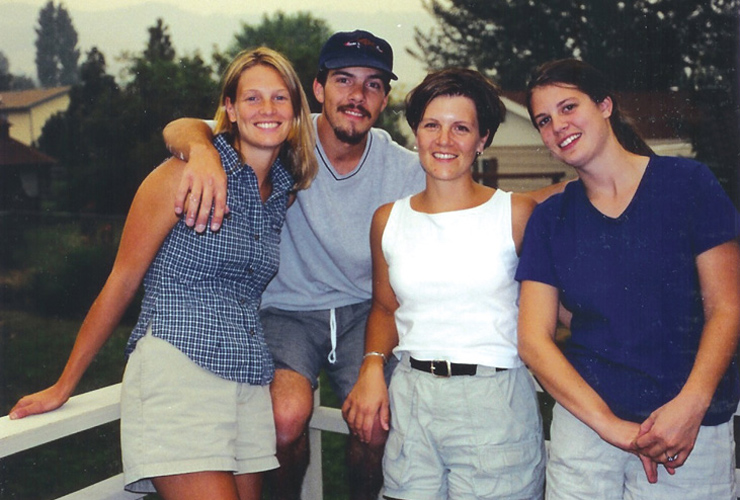 Josh Kendall, 24, poses with his sisters in August 2000. Five weeks later Josh died by his own hand. His mom Pat wonders if lack of access to competent mental health treatment in their rural Montana town contributed to her son’s struggles – and ultimately his self-inflicted death.

For all the seeming peace of pastoral country life, those who reside in rural and remote areas face daunting challenges summed up by one word: loss.

Patricia Kendall has learned firsthand about rural life and loss.

Pat was just 24 when she left urban San Diego in 1974 to resettle with her husband and children in the wide-open spaces of Montana.

Her only son was that same age when he, too, left family and friends behind. Joshua Kendall died by suicide in 2000, leaving a wife and two young daughters.

Five years later Pat can’t help but consider the impact of growing up in Montana on her son. Today – in all-too-clear hindsight – she knows one thing for sure: by relocating to so rural an area, she lost access to critical health care specialists and social services for her at-risk son – a child that at the time of her move was not yet born.

“It never even occurred to us,” says Pat as she recalls the family’s considerations about moving – none of them health care-related. “We knew our kids would need to get vaccinations. They’d get colds. They’d have their tonsils removed. But they weren’t going to get depression and kill themselves. At that point in our lives, this was never a concern. We didn’t consider it, even subconsciously.”

When Josh entered middle school and began acting out, Pat and her family practice physician attributed his behavior to adolescence. When Josh’s problems escalated in his late teens and early adulthood, Pat found out firsthand the loss that can come with rural living. Josh died on September 18, 2000, after attempting suicide ten days prior.

“The resources were so minimal. The services weren’t there,” adds Pat. “Yet nobody warned us of that.”