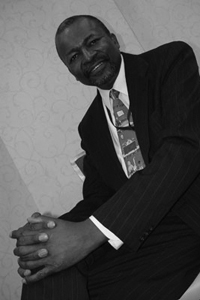 Dr. H. Westley Clark, who leads the federal response to treatment of Americans for substance-use disorders, believes that workforce development of professionals delivering care in co-occurring disorders—both mental and substance use—is one key need in meeting the needs of millions of Americans who are self-medicating the “psychache” of mental illness with drugs or alcohol.

H. Westley Clark will never forget the day in 1963 when a young man in his Detroit neighborhood shot himself.

“I didn’t understand why he would do that. Suicide was verboten then, at least in the African-American community.”

Clark spoke of this friend who died by suicide in utterly personal terms, as a neighbor with self-destructive behaviors that Clark didn’t then understand. A person who was engaging, active and friendly—yet someone with incredible “psychache” who died by his own hand.

“I didn’t have any answer to this. Maybe that’s why I became a psychiatrist: I was seeking answers.”

Today Clark leads the federal response to treatment of Americans for substance-use disorders as director of one of three centers that comprise SAMHSA, the Substance Abuse and Mental Health Services Administration. In his role at the Center for Substance Abuse Treatment, or CSAT, Clark has called upon the mental health and substance-use disorder fields to work together to prevent suicide.

“We know alcohol, marijuana and other drugs are associated with suicidal thoughts and gestures,”noted Clark. “So is a history of violent behavior, a history of trauma and abuse. We need a sense of perseverance, comprehensive support for each other. This is about community.”

Clark’s comments reflect the emphasis on suicide as a preventable public health threat, one that SAMHSA and other federal agencies have embraced. Integrating suicide prevention with substance-use disorder treatment is key. Yet while 5.2 million Americans have co-occurring substance-use and mental disorders, 49 percent of these persons receive no treatment at all, and a mere 7.5 percent receive treatment for both disorders.

A key policy issue in Clark’s estimation? How to increase treatment-seeking behaviors in those who need treatment most. One answer: workforce development.