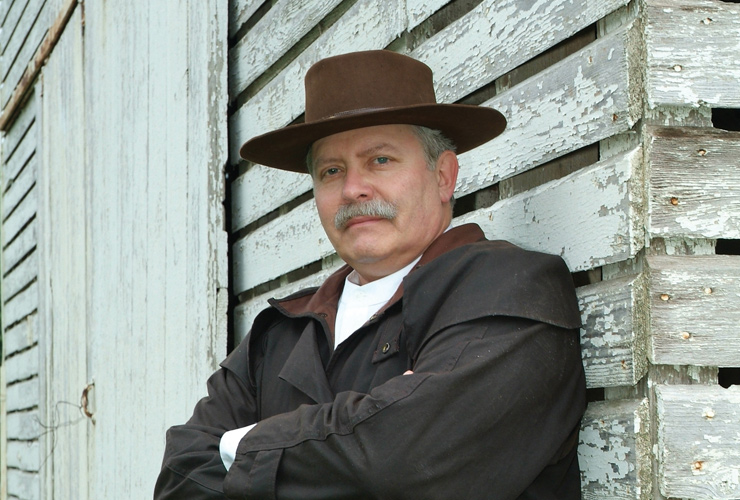 Psychologist and farmer is a rare combination of occupations, yet Mike Rosmann lays claim to both. A fourth-generation farmer and former seminarian, Rosmann still lives on the western Iowa land he farmed for 20 years. As a practicing clinical psychologist Rosmann is a steadfast mental health advocate for farmers who are coping with loss of land – and loss of their very way of life.

Do you still farm these days?

I still manage and live on a farm. But since 1998 I devote my time to the agricultural population. In 2000 I sold my cattle. That was the part I disliked the most; they were good cows. I still miss them a little bit. But you have to make choices.

Were there pivotal events in your life that inspired you to focus your career on the psychological needs of farmers?

There are always events one sees around us. I guess I perceived mental health as a need even as a high school student. One of the families in my community had a terrible tragedy. It was 1963, and the father was investing with the Board of Trade and losing money. On an August evening he poisoned his infant child and wife with cyanide gas pellets. Then he shot himself. His 20-year-old daughter came home and found the family. She tried to resuscitate her mother and she, too, died from cyanide poisoning. Then a second daughter, an 18-year-old, walked in on the scene and tried to resuscitate her sister. She died as well. One of the remaining children was a 17-year-old daughter, a classmate of mine.

What factors might provoke these awful tragedies in farm families?

For farm families there is potential to lose the farm. It means loss of land. Loss of face. The sense of “I am a failure because I’m not making it on the farm.” Farmers think when you plant things, they grow; they see cause and effect. When they don’t succeed, they feel they’ve let down their forbearers.

Farming is a culture unto itself, isn’t it?

Absolutely. Farmers believe that “if our hearts aren’t into it, we don’t find meaning.” For farm people who do this as their life’s work, it becomes a calling. A necessity to help the larger community of people everywhere – we all have to eat. It becomes a sacred act. A calling, similar to a priest or health care provider or teacher.

Farmers are vulnerable to a whole different set of stressors, yes?

Ag is such a risky population – and a health disparity group. Farm people have loss of control over factors that affect their livelihood – economically. There’s not much control over market prices or policies that govern them. They can’t control the weather – if it rains or not.

Can that loss of control spur thoughts of suicide?

There’s a sense of losing control of your own destiny. Loss of the farm is just too much stress. Substance abuse may enter the picture. You drink alcohol to relax, to sleep, to not think.

And forced sale of the farm can place farmers at risk for suicide?

It happened during the hoof-and-mouth disease epidemic in Britain. Many farm people died by suicide. The government came in and destroyed their herds. Suicide among British farmers was about ten times the norm over a six-month period. Livestock are harder to part with. Sure, people can put pride in the tractor they got to work for years – they repaired the valves, kept it running, painted it. But there’s more input on an emotional level with cattle and sheep. You know all the animals by name, their behavior, where they are in the pecking order, who’s a kicker. I felt terrible letting my prized animals go. I still have dreams about it.

This period of the sale seems precarious for farmers and their mental health.

They’re most vulnerable for suicide in the days leading up to the sale. About four years ago I saw a man who was being forced out of the family farm. He had to take his cows out of the herd, haul them to auction. When I went out to see him that day, I found him crying in his machine shed. He told me: “I gave this my all. I missed everything. I haven’t spent enough time getting to know my daughters.” His oldest daughter was finishing high school at the time.

How hard is it to get these folks to see a psychologist?

It’s a hurdle for them to get services. They seem to be bargaining as to whether this is something they have to do – if it’s a good thing or a sign of weakness. I tell them it’s a sign of strength when they reach out to manage their behavioral health more effectively. It makes them more economically viable.

What do you think needs to happen to better protect agricultural communities from suicide?

We need to put money into interventions where the suicide rate is the highest. When a wife calls and says, “My husband is drinking too much and won’t talk to me,” the sheriff treats it as a law enforcement call, not a mental health call. It would be great if a mental health professional and an advocate – two people – could go along. I’m thinking of a terrible tragic death just yesterday, nearby in western Iowa. A soldier who died in Iraq is being buried today, and yesterday his 19-year-old brother was struck and killed by a truck. So this community has lost two brothers. Here’s a family that is at significant risk. The loss is overwhelming.