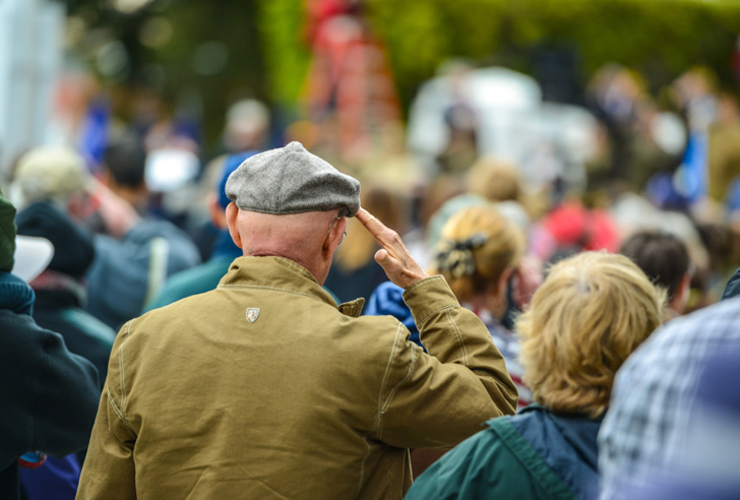 Some reflections from those who lost loved ones who served in the military to suicide:

“I believe he never left Vietnam in his head because he always talked about dreams he kept having about Nam. One day he locked himself in the basement and started drinking.When the police came after being called by his wife, he just stated that he was tired and shot himself in the head.”

Gary Parker on his “very close friend ,” an ex-Marine and Vietnam combat veteran who took his life in 1984. Parker and Cook worked together for about two years as police officers for the Department of Defense

“Fred saw intense combat in Chu Chi with many good buddies’ lives resulting in casualties. He said that he had to carry dead from battle … I am to this day unsure that he suffered from post-traumatic stress disorder, but that could have been a factor for his later-in-life drinking problem. Unhappy with his stressful work as a computer programmer, his drinking seemed to accelerate despite family support and encouragement. One day he must have decided he couldn’t tolerate the pain any longer and killed himself on March 26, 2002. He was 57 years old.”

Karen Hood on her brother Fred, an Army Pvt. 1st Class, who entered a tour of duty in Vietnam at the age of 23 and served for two years

“My dad took his life when I was three years old; my sister was only six. I never had a chance to get to know my father, and for many years it seemed as if my family was the only one that had to deal with this kind of sadness. From the stories that I’ve heard about my father, it sounds as if he was a changed man after the war, quiet and reserved. It doesn’t sound like he spoke much about his life, let alone the war. He took his life when he was only thirty years old, and his life was only beginning with a family that loved him so very much. I can’t imagine the feelings of fear and anguish that my dad was feeling the moments before he pulled the trigger.”

“His father found him … just outside their back door. He left behind a family that loved him but never knew how to help him.”

“He tried the best he could to forget everything about Vietnam but the reality of it was that he never could. He did the best he could, but had several spells of depression. He got married right after Vietnam and had three children. It was very hard for my father to show emotion – he had been taught to hold it all in.”

Daphne Jones on her father. An Army marksman in Vietnam, Carter, a native of Doyline, La., earned two bronze stars. He died by suicide on New Year’s Day 1999

“He slept on the floor the first month he was back and didn’t talk much…. He became uncharacteristically very depressed over his failing marriage … his older sister and I (also older) were confident he would not take his own life because he said not to worry, he would never do that because he had fine healthy children (son 16, daughter 12). He was normally a very outgoing family- and civic-minded person. He loved his friends and they loved him. He was funny. He loved children.We all miss him terribly.”

George M. Cauthen on his brother, who entered the Army at age 19. John Cauthen took his life in 1988

“My mother left behind four children 5 to 14. I was 10. My father never said a thing…. And I have been able to say the word ‘mother’ for quite a few years without crying. My father immediately remarried, and being the only girl,my life has been like a war every day to survive.”

Kimberly C. (Kniatt) Usher on her mother, who took her life in 1966

THE EDUCATOR: Larry A. Dickerson, 55

“His wife tried to get him some help, but he wouldn’t go. She also thought she had removed all the guns from the house. Larry had recently retired from his job as a school principal – that just seemed to make his depression worse because he had more time on his hands to think. I think he felt responsible for every man that died because he gave the orders. He never seemed to accept the fact that he was just doing what he had to do. In 26 years in the military, he was the best 2nd lieutenant I ever worked with.”

Charlie Runnels on Dickerson who took his life  in 1998. Dickerson had earned a purple heart for his service in the Marine Corps

“Paul was a good pal and a nice person but sadly the war changed this. Soon after the war he took to drugs and alcoholism, and to fund it, crime…Lonely, with only his aging parents and me to turn to, Paul was headed for disaster …Two weeks later (after his suicide) his father and mother gassed themselves in their car in their garage.With them a note:‘We’re joining our son.’”

A friend and neighbor of Egan

“A helicopter pilot in the Vietnam War, his helicopter was hit by enemy fire and crashed. Mike was the only survivor. All 13 of his buddies were killed. He suffered from survivor guilt and depression for years. He also battled addictions to alcohol and nicotine and food. He was divorced twice. Mike had two daughters…. He was a substance abuse counselor for over ten years. Mike touched many lives in his 50 years…Mike helped to get 12-Step meetings for Vietnam vets (who were) incarcerated for their crimes to support their addictions.”

Sally Frederick Brown on her mentor and friend. An Air Force sergeant, McBurmette took his life in 1995. He had just become divorced a few months before his death

“I know he suffered greatly from the war and didn’t like to talk about it. He left a suicide note stating ‘my past is catching up with me.’ I believe that is a direct reference to Vietnam. I know that he suffered great spells of depression. He committed suicide at the time the Gulf War started. I was told he began watching war movies over and over at that time. He was a great father, and I wish I could have helped him.”

Troy Jones on his father who took his life in 1991

These are verbatim excerpts of real stories of veterans who took their lives, as told by family and friends. Reprinted with permission of suicidewall.com.