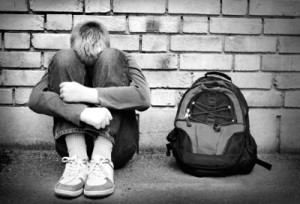 “I don’t belong in my school.”

These disturbing emotions were more likely expressed by students involved in bullying behavior than bystanders according to new research published in Jan. 2008 on bullying and school safety.

Investigators studied 5391 students in grades 7, 9 and 11 in an urban public school district, 26 percent of whom were involved in bullying as victim, bully or both (bully- victim). Their findings are sobering, and reinforce the link between academic achievement, school environment and mental health.