Rosemary Rubin thinks schools should be engaged in prevention so kids don’t start down the continuum of self-destructive behaviors that can culminate in suicide.

Co-chair of the Los Angeles County Child and Adolescent Suicide Review committee, Rubin worked in the LA Unified School District and spent a decade in its suicide prevention unit. Her experiences with suicidal children as young as 10 years old has left its mark on Rubin and made her an advocate for better suicide prevention in schools. 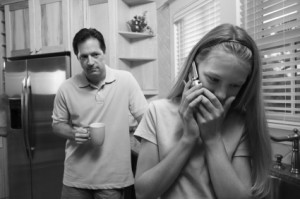 “So many kids have a hard time getting help. They confide in peers, and peers for the most part don’t know what to do. Or they won’t break a confidence; they don’t want to go to adults,” says Rubin. “Administrators need to know suicidal kids are on campus. We can’t ignore them. They won’t benefit from learning unless they get help.”

Rubin believes that the recent emphasis on improving academic performance has compromised the ability of schools to deliver services that address the whole child, including counseling and mental health services.

administrators, No Child Left Behind, schools