One of the world’s foremost authorities on youth suicide, Dr. Cheryl King is both a clinician and researcher who has published widely on suicide prevention among children and teens.

She was one of only eight U.S. experts called upon to develop clinical competencies for treatment of suicidal individuals. Dr. King has conducted workshops worldwide on best practices in suicide risk assessment and intervention.

Active in public policy, Dr. King has testified before the U.S. Senate on issues regarding youth suicide.

She is director of the Youth Depression and Suicide Research Program at the University of Michigan. In that role, Dr. King has been the Principal Investigator of multiple federally and privately funded grants focused on understanding suicidal adolescents and developing best practices for suicide risk screening, risk assessment, and intervention.

Dr. King is also director of the Institute for Human Adjustment at the University of Michigan, where she is a professor in the Departments of Psychiatry and Psychology. 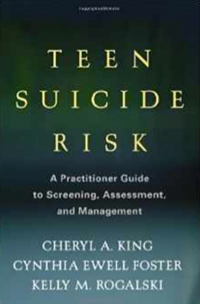 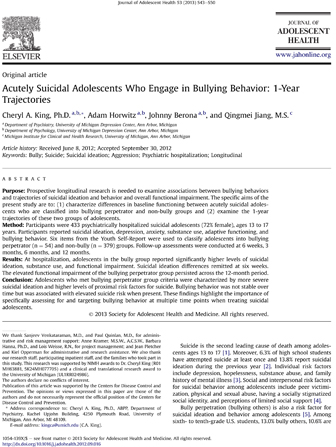