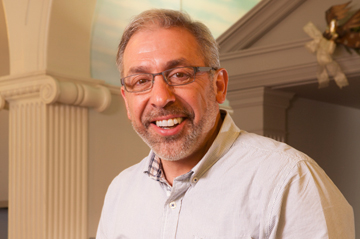 At Empathos: Deploys HDMI to do some very nice work

Career: 28 years in the visual arts

Learned the hard way: Look both ways before you shoot

Peter won’t soon forget the day his friend Jake challenged him to get a piece of paper and jot down ten of his favorite things to do. “If you can make a living at any one of those ten, your quality of life goes up tremendously,” alleged Jake.

It was that day that changed Peter’s life.

Then a part-time auxiliary patrolman with five years service under his belt, Peter was less-than-satisfied with his job.
So, inspired by his friend’s words, Peter put down his patrolman’s pistol and picked up a camera to shoot with instead.

Today Peter adds superb video and still image quality to the Empathos mix. Technology, techniques and trends in the visual arts are ever changing, and Peter keeps pace, applying ingenuity to get the right shot in the right time on the right budget.

Challenges? They only provoke Peter to pull out all the stops and turn a project into a victory.