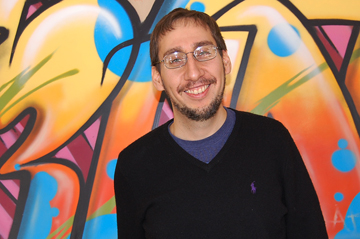 At Empathos: Makes things work in the best way possible

Learned the hard way: Tell people: When something’s not working, check the plug

It was the absolute quiet that first grabbed Alex’s attention. Having grown up in Mexico City, he was one of 20 million people in the world’s third largest metropolis. But on relocating to Sheboygan, Wis. in 2013, Alex felt an utter stillness he had never before experienced. No nighttime cacophony of car horns, garbage trucks and other sensory rubble he was used to.

The quiet has done him good, and cleared his head for demanding work as Chief Solutions Architect at Empathos. Identifying optimal solutions to complex tasks and making them reality has been Alex’s passion since he was a child. Even at the tender age of 5, Alex recalls his preference for numbers and not letters. “The rules of letters are imposed by humans. Letters can lie,” he clarifies. “But the rules governing numbers are imposed by God, and they are true.”